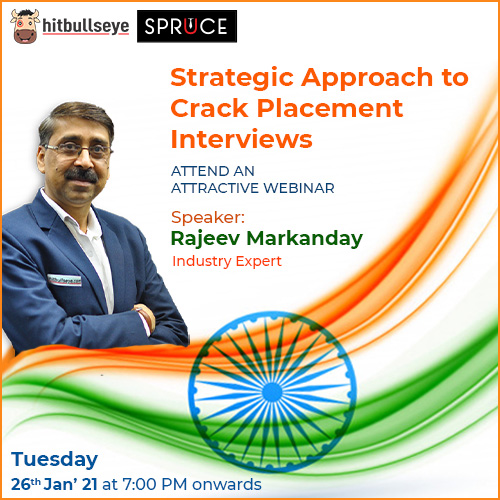 Instant Access to Free Material
Aptitude tests form a critical component the placement process at many corporate companies. Currently, Informatica does not conduct aptitude test but many include it in future. Aptitude tests are standardized tests that designed to assess a candidate’s capabilities in performing a particular task and response to different situations. Quantitative aptitude checks problem solving ability of the candidates, their basic mathematical skills and comfort with data crunching. To score well, a candidate should focus on speedy calculations, sound fundamentals and strong analytical skills through practice.
You can practice the below given sample questions to practise for Informatica’s aptitude questions:

Dr. Reid began by calling a local school district and asking if anyone had records tracking, say, reading comprehension. The district experts actually had 20 years of data. Better still, they had conducted studies that were quite informative—and tragic. Based only on the first year’s testing, researchers could predict how well students would do in the third year, the seventh, and so on.

“The model is highly predictive,” explained the voice on the other end of the phone. Reid was thunderstruck. With cold, scientific precision, the researcher explained to her that the current education system essentially set kids on a course of success or failure beginning in the first grade—independent of what anyone did afterward.

Stunned and indignant, Reid was determined to find out if there was something teachers could do to make a difference. Weren’t there teachers out there who started with children the model predicted would lag behind, but who helped the students beat the model? And, if so, what was the difference between those who were successful and everyone else? Reid pored over the data until she found teachers whose students did better in later years than before being taught by those teachers. For whatever reason, their students beat the model. Reid was also able to find teachers whose students did far worse than predicted after spending a year under their tutelage.

She gathered a dozen teachers whose students were achieving better results than the model predicted and asked them what methods they used to cause their students to read at a higher level than expected. They didn’t know what had led to success. Later she gathered teachers whose students had done worse than predicted and bluntly asked: ‘What are you doing that prevents the children from learning?” They confessed that they didn’t know.

For the next five years Reid watched both top and bottom performers in action in order to divine the vital behaviours that separated the best teachers from the rest. She codified, gathered, and studied data on virtually every type of teaching behaviour she and a team of doctoral students could identify. They had found certain behaviours that separate top performers from everyone else. They’ve proven to be the same behaviours across ages, gender, geography, topic, and anything else the researchers could imagine.

One of the vital behaviours consists of the use of praise versus the use of punishment. Top performers reward positive performance far more frequently than their counterparts. Bottom performers quickly become discouraged and mutter things such as, “Didn’t I just teach you that two minutes ago?” The best consistently reinforce even moderately good performance, and learning flourishes.

Excerpted from ‘Influencer: The Power to change anything’ by Patterson et al, pages 31-33

Q. 1 Why was Reid angry about the model which had such accurate predictive ability?
Correct Answer:- B
Explanation:- With cold, scientific precision, the researcher explained to her that the current education system essentially set kids on a course of success or failure beginning in the first grade—independent of what anyone did afterward.
1 – It is only a statement made in exasperation.
3– Is correct, but does not relate to the prediction
4– seems unlikely. The higher-ups were aware, and did nothing about it.
Q. 2 What practice, used by schools, reminds you of the predictive dilemma mentioned at the start of the passage?
Correct Answer:- B
Explanation:-
The system is predicting failure in 10th, even when students are in class 9. In real life, the school can make this prediction even in class 5 – but they don’t end up doing too much about it.
1 – this practice will give 100% prediction accuracy – but it does not have a dilemma angle to it.
3 – this is a discriminatory practice, but again there is no dilemma attached to it.
4 – Not relevant. Does not relate to prediction.
Q. 3 Good teachers are born, not made. Which paragraph would best justify this statement?

“I was curious as to what was going on with both groups,” Reid continued, “so I gathered a dozen teachers whose students were achieving better results than the model predicted and asked them what methods they used to cause their students to read at a higher level than expected. They didn’t know what had led to success
Q. 4 Extrapolating from what is stated in the passage, what additional role does a successful teacher play that helps students improve?
Correct Answer:- D
Explanation:-

We are looking at practices of a successful teacher, which are already not mentioned. Extrapolating means extending from the current data. Goal setting is one of the important things that a lot of students omit to do. A teacher, playing the role of a mentor, can definitely add a lot of value to a student, if she helps her with this process.
1– Patience is already mentioned in the passage.
2– is a negative sentiment that cannot be derived from the passage
3 – The passage does not talk about the role of punishment at all.

DIRECTION for the question 5 & 6: Out of the four options given choose the word or phrase that is most nearly opposite in meaning to the word in capital letters.

Correct Answer:- B
Explanation:-
Spunk means full of spirit, so antonym is timid which means shy. Sumptuous is lavish.

DIRECTIONS for the question 7 & 8: Identify the meaning of the idiom/ phrase as used in the sentence.

DIRECTIONS for the question 9 & 10: Choose an option, which can be substituted for a given word/sentence/phrase out of given options.

Q. 9 A single or repeated pattern:

Correct Answer:- B
Explanation:-
motif: a design that consists of recurring shapes or colours.
Q. 10 A disease that spreads by means of germs carried in atmosphere

Correct Answer:- C
Explanation:-
Infection is carried through atmosphere and contagious diseases are those capable of being transmitted by bodily contact with an infected person or object.
Rate Us
Views:1290